It hit me. Like the blustery, cold wind outside and a heavy weight on my chest, so unexpectedly as I pulled into the parking lot.  “It’s just a parking lot,” I told myself.  But my car instinctively knew where to drive and where to park.

The walkway was long to the Faith building.  I felt as if I was going in slow motion even though I willed my feet to move faster.  I watched as people in the their bundled coats whirled by me, but all I could do was glide.

One by one the memories came and haunted with voices swirling in my head.  “Mom, watch out!” The thoughts of endless touch football games in the open field that was filled with small pot holes made me smile.  I was always afraid of broken ankles from that area.

As I looked to my right there was a tree.  It took my breath.  Over the passing of time, the tree has grown from a twig to be an adult tree, thriving and surviving.  No longer in harm’s way of being stepped on by the barrage of children during Pumpkin Parties and a blow up bungee cord run.

“Hey Mom, look up!” I hear Trey’s voice coming from a place I KNOW he probably should not be.  Just that one time when your child finds his way up the stairwell onto the roof…with youth leaders.  And of course, he informs me later that he goes up there all the time. (WHAT?)  Why did God give him a super hero mentality? Was that part of his faith? He sure couldn’t fly, although he tried, many times and failed (bike, trampoline, pools, home plate, etc.).

As I continued to walk, I came upon the split in the walkway that leads to another door.  My heart sank a little lower as I knew this very short walkway was always filled with teens on sunny evenings looking for something to do after the service.  There was always a heavy debate whose car would be taken, whether they would go to Bacon’s house to swim, and sometimes just sitting (or jumping – don’t ask) on the hood of their cars for hours was enough.  Those were the days that hanging in the church parking lot by the walkway was “cool.”

By the time I reached the door, I told myself, “Lisa, you could have parked on the other side and walked around.” Collin was at basketball and I knew I could have walked up another familiar walkway.

I bet you’ve never thought about the different walkways as you enter a building.  Then my heart skipped a beat thinking that the other way around the church would have probably brought me to my knees.  As you enter the doors by the Cafe, look to your left.  There is a small garden of rocks.  Many of you might not know the story of the rocks in that quaint area.

At DNOW in 2012, the leaders turned the Faith building into a mock funeral home.  There was a casket, funeral directors, and even Cindy Few standing next to the casket singing your favorite hymns.  The kids did not know what was in store for them as they would enter the room in a single-file line to walk by this casket.  They were instructed to peer into the casket.  What they would see was a mirror giving them a reflection of themselves.  Afterwards, they had time to think about their reflection, the sin in their life, and the analogy of how we can bury our sins through Christ.

Since January, Jay and I have been visiting our home church, Germantown Baptist.  For me, even though the walk into the building has been hard, it has felt like home.  For Jay, as he told me, visiting has been difficult and he waits each time as he has walked into the building for Trey to come around the corner.  My heart and soul aches with understanding.  But there is something there that gives me peace.

Last Sunday, Jay and I walked into the church from a different walkway.  We entered the building through the main entrance.  As we walked up the walkway, I prayed, “Dear God, please do not let us linger here if it is not your will.  Please guide us in the direction you would have us go.”  It was not a magical or audacious prayer, just a simple plea.

Pastor Charles preached about storms and I believe it was anointed by God!  He preached from Mark 4:35-41.

35 As evening came, Jesus said to his disciples, “Let’s cross to the other side of the lake.” 36 So they took Jesus in the boat and started out, leaving the crowds behind (although other boats followed). 37 But soon a fierce storm came up. High waves were breaking into the boat, and it began to fill with water.

38 Jesus was sleeping at the back of the boat with his head on a cushion. The disciples woke him up, shouting, “Teacher, don’t you care that we’re going to drown?”

39 When Jesus woke up, he rebuked the wind and said to the waves, “Silence! Be still!” Suddenly the wind stopped, and there was a great calm. 40 Then he asked them, “Why are you afraid? Do you still have no faith?”

41 The disciples were absolutely terrified. “Who is this man?” they asked each other. “Even the wind and waves obey him!”

We always think when walking through the storms that God is not there and that He is not able to handle what we are facing.  I remember thinking when Trey got sick, “What have I done!” Pastor Charles was quick to point out that when storms come into our lives, we can fall into a trap of thinking that these storms are a punishment from God.  Pastor Charles reminded me that we can be right in the middle of God’s will, doing exactly what He wants us to do, and the fieriest storms will come.  Just as the Jesus was with the disciples in the boat and they were doing as He instructed.

“Sometimes, those storms will come when we are doing exactly what Jesus told us to do.” Charles Fowler.

Storms that tests us produce a crisis of faith.  (Sounds like James 1:2-3 to me!) Does God have the the power to deal with my storm and will He?  How many times I have asked myself that question and pleaded with Him to take it away from me and our family.  I can honestly say sometimes I feel like PigPen from Charlie Brown who carries a cloud of dirt wherever he goes, his own little storm.

I relate to the disciples asking Jesus in verse 38 if He cared if they were drowning.  I’ve often wondered that in my crisis of faith.  Do we sink or swim? Where are my swimmies!! The answer was simple when Pastor Charles said, “Do you believe that Jesus can speak peace in the midst of your storms?”  He can handle our storms, He hears our cries, He knows each fear before we face it, and most of all, He knows our hearts! NO ONE knows our heart like God.

After the service, Jay and I went to talk to Ben Cowell, the youth pastor, about many things in the Erwin home.  He gave us such sound advice and prayed over us as if the rafters were reverberating.  After a stern talk covered in love, Ben began to walk backwards and pointed at us and said, “Welcome home.”

Wednesday night as I walked the walkway to the Faith building again, I noticed the uneven sidewalk and the cracks in the concrete and I smiled.  I remember holding two little hands walking up that sidewalk when the building was first built.  There will always be memories of my boys, crisis in my faith, and times that I just can’t walk up that walkway.  But there is one phrase that offers the most peace in my life. When I reach heaven, I will see MY Jesus with MY boy with seats next to him and they will say… 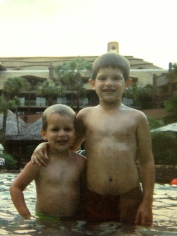 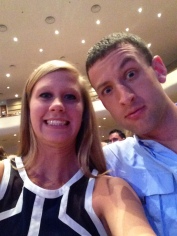 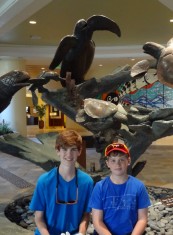 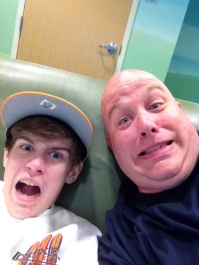 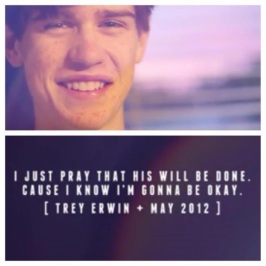 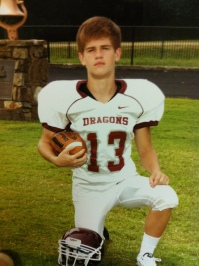 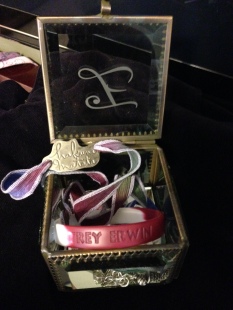 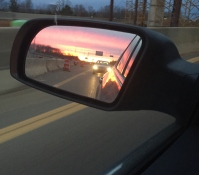 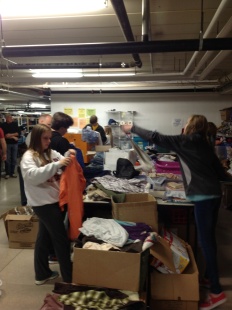 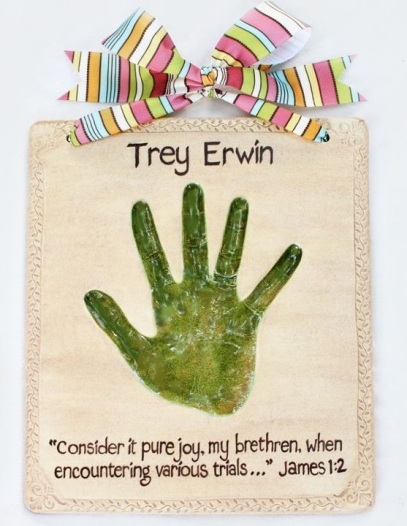 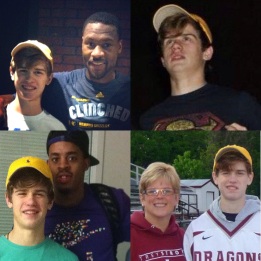 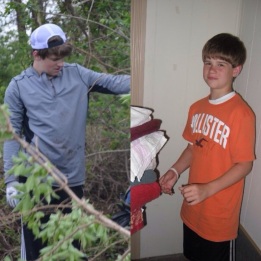 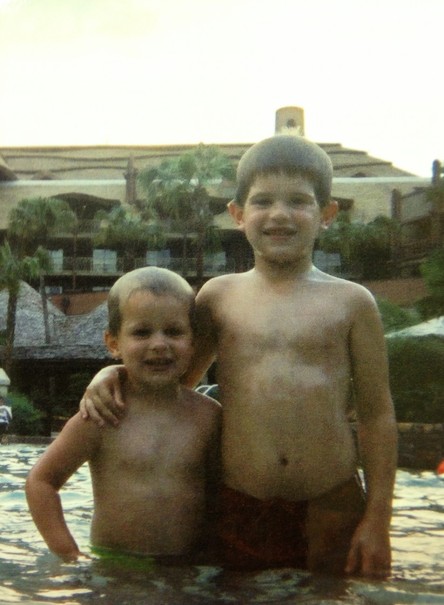 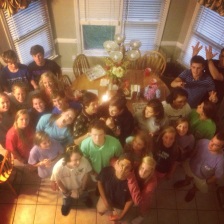 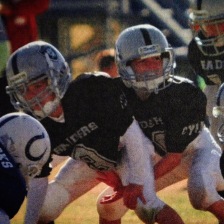 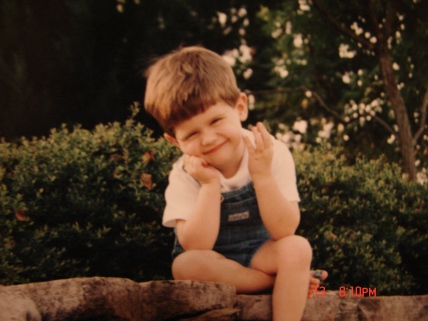 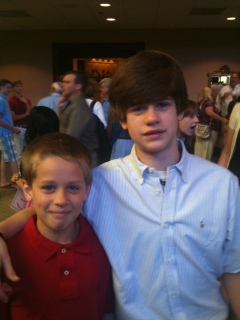 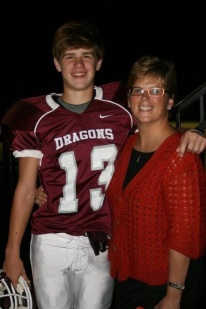 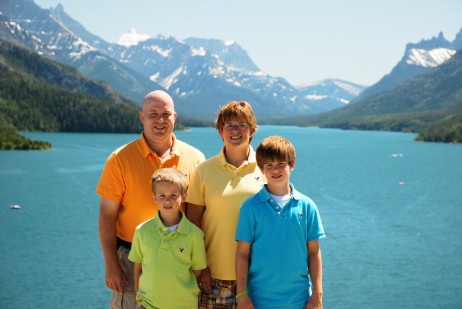 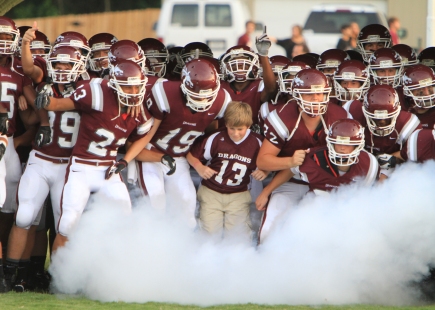 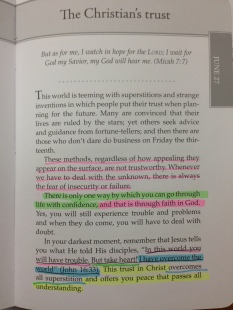 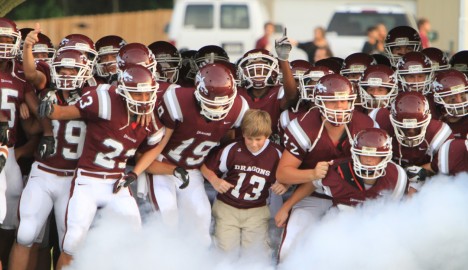 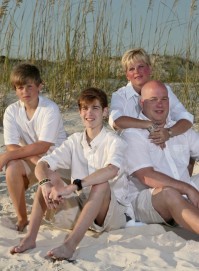 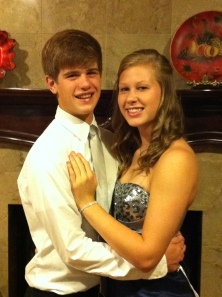 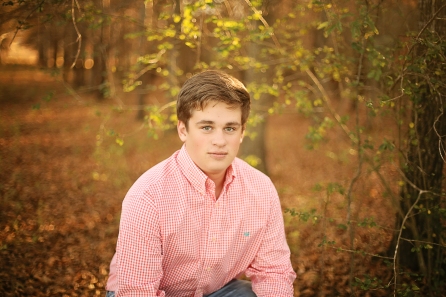 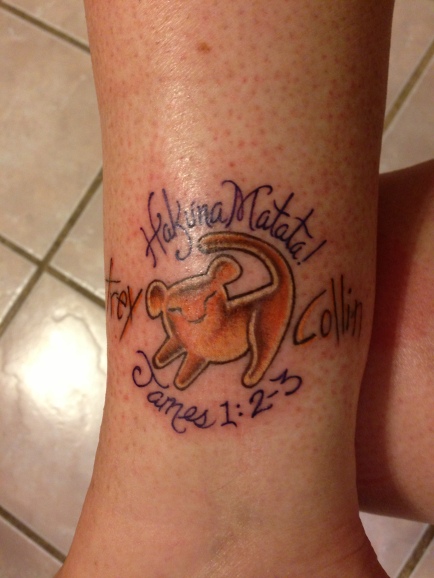 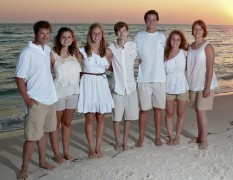 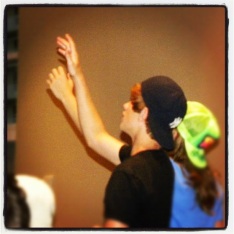 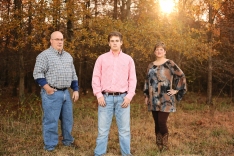