I have loved geese even before Ty came out with Lucy the Goose as a Beanie Baby. It’s just something about how they are graceful in flight and how God specifically placed every feather in its place to make them such beautiful creatures.

It never fails that I will see a flock of geese flying over Highway 385 either to or from work. I’ll never forget one occasion when Trey was in the car with me and I went nuts over the low-flying geese over the car. He didn’t understand my obsession with the fowl. God stepped in and gave us a moment.

I explained to Trey how geese fly in a V formation with the leader in the front. When the goose in the front gets tired, this goose will fall behind and another goose will come up and take the lead. They KNOW to do that! When a goose falls out of the V formation, it feels the resistance of flying alone and realizes it has to get back into formation.

These fowl flap their wings so hard that creates such a force and uplift for the geese to easily fly behind each other. Did you know that when you hear the geese honking it is to encourage the other geese to keep up? Did you also know that when one goose is hurt or goes down, two geese fly down to help protect the goose until the goose is able to fly? So that is why when you see one goose, you’ll see many more.

When you lose someone, some people look for rainbows or special signs from God that the loved one is still with you. I’m not sure it’s biblical (insert smiley face), but I’d like to think that God would send us glimmers of “I’m with you” in a form that we understand, like geese. Since Trey died, it’s been too coincidental.

Sending Collin off for homecoming was actually difficult. I told Jay I didn’t have a good feeling about it. We were standing in Marti Ponton’s cove and you are not going to believe this, but a flock of geese flew over. I just began to cry. Thank goodness a friend, Rhea Douglas, was standing there. I’m not sure she totally understood, but she was very comforting. Trey was 15 in October of 2011 when he went to his big homecoming at Houston (where you see all the cute pictures) with Julianne. Four months later in February of 2012, we were at St. Jude. Collin is 15 and going to his first homecoming. It was all a little too emotional. October 14 we will spend all day at St. Jude with Collin for his checkup. (As a P.S. and I wasn’t going to jump on this subject earlier, this is why the mothers at St. Jude were upset about the rescheduling of their appointments when Mrs. Obama was here. It is a very emotional time for the parents and the patients. You think about this appointment for months, weeks, days in advance anticipating what the outcome of tests will be for your child. Child first.)

When the geese flew over, I pointed them out to Collin and he said, “I know, I saw them.” He also knows my love for geese. And I looked at him and I told him, “It’s Trey.” It might not have been Trey. But it might have been a way for me to be able to let my son drive away in a car to a dance that HE said he wasn’t going to dance. When he got home – we heard a different story. Unfortunately, he was danced ON. Welcome to the world, son.

I just pray that Collin will be as a goose. When he steps out of line, he will feel the resistance of the wind and will get back in line with the flock of God. When he feels like he needs to step back, there will be friends (in his squad) that will be there to pick him up and encourage him. Most of all, I pray he feels God is in the front of his V formation leading him with a little honking from the Holy Spirit.

Have you ever had just one of those days? You know, the days that your alarm clock goes off at its regular time at 5:30 a.m. and you wake up at 6:20 a.m. realizing you have 10 minutes to get out the door and put the dogs up. Thankfully, your husband fed the dogs before he left. That’s why you overslept because you had two labs curled up behind your back, so blame the husband.

As your morning just begins and your seat is not even warm, you get a call from school and your child is sick, again. No, he’s really sick with fever and we KNOW they have to be fever free for 24 hours (then your husband comments, “You can run to class and get fever, good grief.”) We are already one day behind on schoolwork from the doctor’s visit, some of which your SON has NO CLUE as to what the teacher is talking about. The teacher says to be prepared to retake Chapter 15 test and your SON says, “But we are on Chapter 17.” Houston, come in Houston.

I’m finally at my desk, knowing my son is on his way home to sleep the rest of the day (instead, working on two days of homework). I do what I always do first thing in the morning; pull up the news to see what is going on – of course – Facebook. I realize it is going to be a memory day. It’s going to be a day that I haven’t cried all day in a long time. I’m lucky that my co-workers have figured out to just leave me alone. It’s just one of those days… I also realized there wasn’t much news on Facebook that I needed to read.

You know what my feed was filled with? Pray for Cassy! She was going into surgery…a young girl with cancer. Aidan was having his MRI and his tumor has doubled in size…a child with cancer. Allie Allen…Scans, checking on her cancer. Kristina Hunsucker who is battling cancer with the bravest Trey face I’ve ever seen! Katie Roper lost her father two years ago today from pancreatic cancer. Dr. Mike Lynch died of cancer in his sleep. Terri lost her brother 6 months ago today. Melisa Randle with her son in the ER with chest pains (Melisa is a friend that was with us in the ER at LeBonheur when Trey heard cancer.) I could continue. Really I could. So much hurt and pain. Sometimes I feel such a burden for their pain. I know how Trey felt even though he pretended to be brave and I could see his frustration.
Can you imagine what Christ felt?

Where is our simple? Not normal. Nothing will ever be normal again. I’m just asking for simple. God showed me this passage. “Yet I am writing you a new command; its truth is seen in HIM and you, because the DARKNESS is passing and the true light is already shining.” (1 John 2:8) I think I have forgotten that the darkness is temporary. Satan is temporary. The TRUE LIGHT (Jesus) is already shining. How do we let it shine? Simple. We have to give Jesus access in order for His light to shine through us. His truth will be seen and we will not even need to explain it. Jesus lived out the two greatest commandments. He loved God and loved His neighbor as Himself. That is what we are to do and it does not specify when the neighbors are having good times. We might have to pick and choose! If that were so, most of Collierville and the city of Memphis would not have come to our aid during a very trying time.

Love instead of hurt. I can do that. I can’t replace my hurt, but I can love more. But love sometimes has to be an action. Okay, most always an action. You know how love is an action? Prayer. Pray for those precious children with cancer and those of us who have lost our hearts and are still healing. I’m not sure love has been seen through my tears today, but that’s okay. Jesus and I have a deal about tears. “He knows my name. He knows my every thought. He sees each tear that falls, and hears me when I call.” 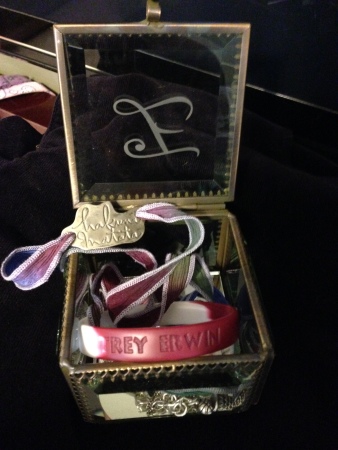 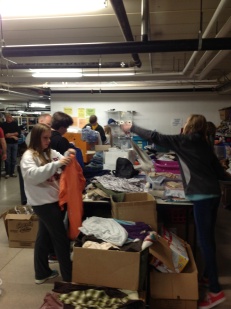 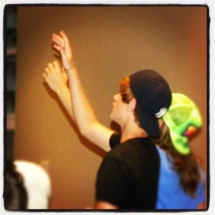 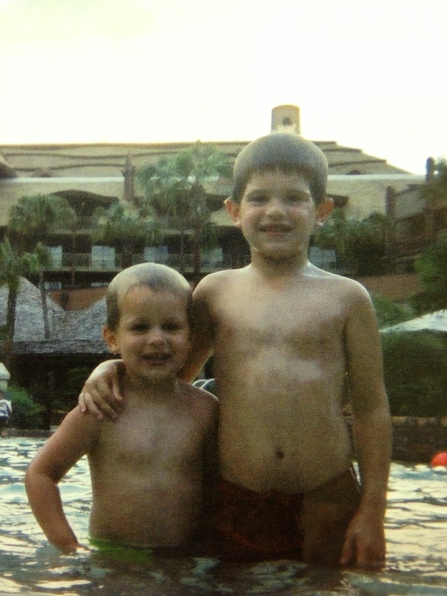 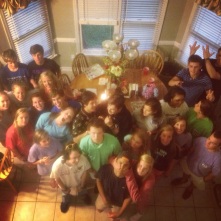